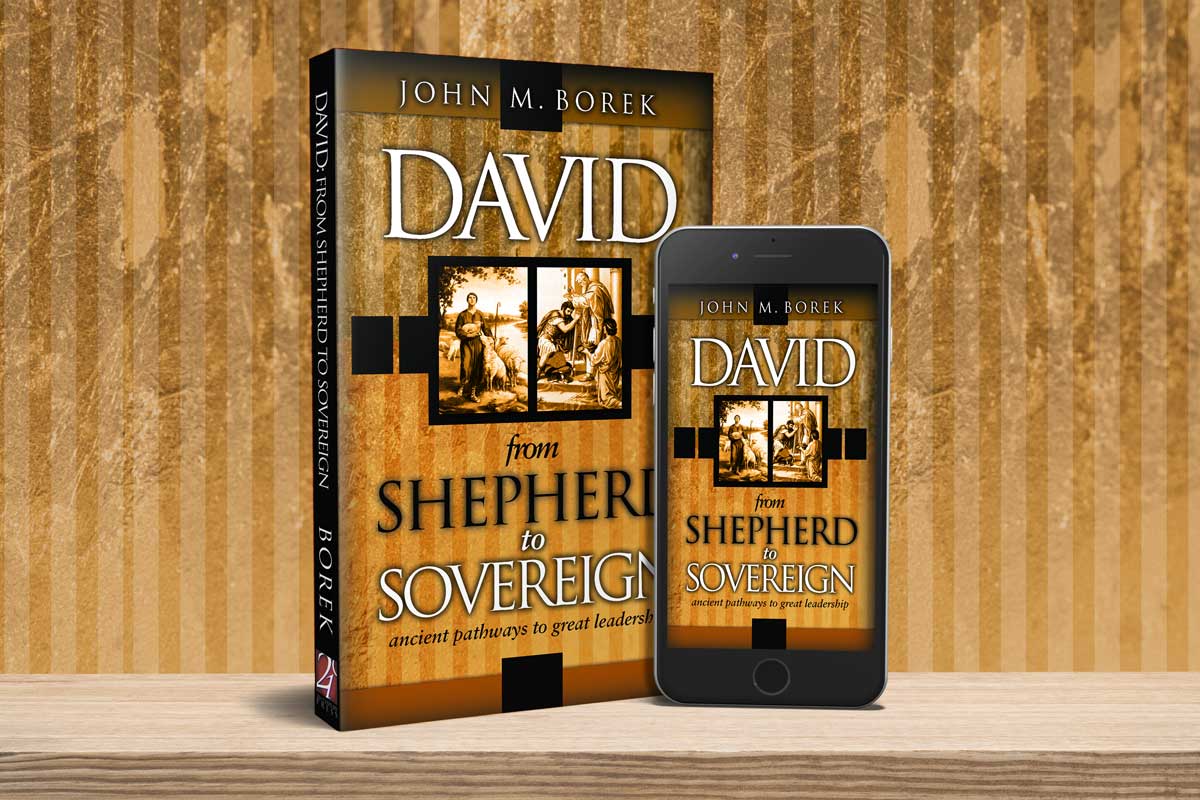 Without a doubt, David was the greatest king to ever rule Israel.

David: From Shepherd to Sovereign
By John M. Borek Jr.

He was the king by which all others were measured. From the first time David is introduced in Scripture, his strength of heart and character are underestimated. God, however, looked closely and spotted the heart of a king. The chapters within take us on a journey through several defining moments in David’s life, in the context of the unique struggles he faced as he grew from shepherd to sovereign. His psalms and the recordings of Samuel detail many physical and spiritual victories as he overcame hostile conditions to become one of the mightiest leaders of all time. David was not the usual sort of king – his life was focused on doing things God’s way. Dr. John Borek explores the principles that served as catalysts to propel David to the top and kept him there throughout his lifetime, setting a pattern by which any leader can succeed. You are sure to be challenged to follow the heart of God as David did!

Why read another book on leadership?

David was the greatest leader to ever rule Israel. He became the standard by which all other kings have been measured. What better person to look to for guidance than King David, a revered leader among men and a man after God’s own heart (Acts 13:22)?

David lived a long life, rising from a simple shepherd alone in the field to the leader of God’s chosen people. Fortunately, the Bible records his life, providing fertile ground for analysis. His psalms and the recordings of Samuel detail many physical and spiritual victories as David overcame hostile conditions to become one of the most influential leaders of all time. The Bible and time leave no doubt that he was more than a leader. He was a great leader.

As he lived a life of triumphs and failures, David always turned to God for wisdom and forgiveness. His character and the quality of his triumphs were clearly founded on his relationship with God.

His life journey reveals principles for great leadership and his example provides key elements for a successful journey through life. His legacy challenges current and future leaders in all professions to distinguish themselves from others and to follow the heart of God.

Borek’s book provides a fresh look at the man the Bible calls a “man after God’s own heart.” — Dr. Tim LaHaye, Co-Author of the best-selling Left Behind series

John M. Borek, Jr., Ph.D. is an experienced educator, consultant, business leader, and an ordained minister. He has served as President of Liberty University in Lynchburg, Virginia. Possessing an earned Ph.D. in Business Administration, Dr. Borek has a keen business sense and is sought after as a consultant and speaker by many organizations, including educational entities, businesses, and foundations.