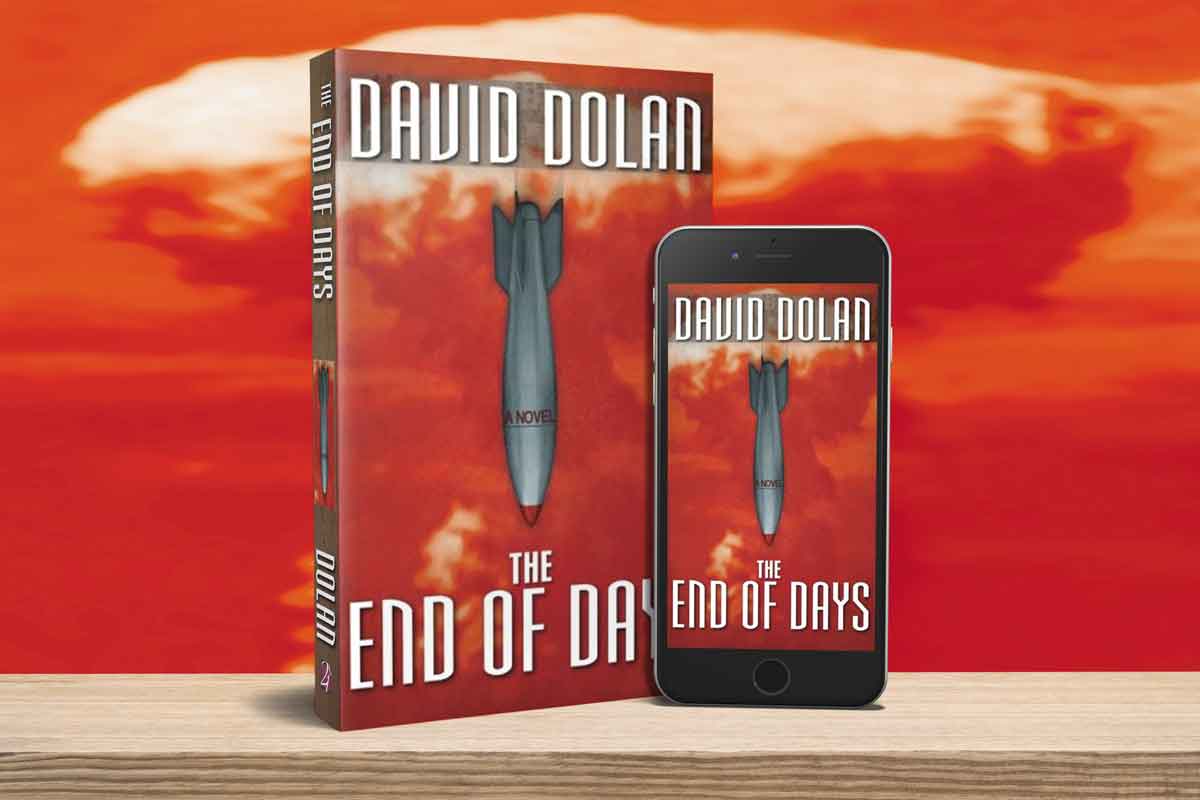 All signs and world events happening around us indicate that the prophesied events written in this novel are about to unfold.

David is a much sought-after speaker with the latest â€œinsideâ€ information about Israel and the Middle East. From 1988 through the year 2000 he was an important voice reporting for CBS News. Addressing significant conferences and other events worldwide, David continues to report for radio and television networks and programs from Jerusalem. He is also a free-lance writer for many popular Christian and secular publications. David’s book, Holy War For The Promised Land, is an international success, now printed in eight languages. His timely book Israel in Crisis: What Lies Ahead? Has also been very well received by readers around the world.

Fans of apocalyptic fiction won’t be able to resist this fast-paced novel that ties current events in the Middle East to biblical prophecies.

When Eli Ben-David and his best friend, Jonathan, are called up for duty in Israel’s armed forces, Jonathan’s wife, Sarah, and members of their close-knit Messianic congregation hold a constant prayer vigil. A massive Syrian chemical strike on Israel follows.

The world is stunned when Israel responds by dropping nuclear bombs on Damascus. When a peace conference is held in Europe, a dynamic young prince emerges as a world leader. The exciting story continues as prophecies are fulfilled and events catapult the world into the final battle of Armageddon.

As a Jerusalem-based broadcast journalist for CBS and other networks for many years, David Dolan has covered many important events in the Middle East. He is recognized as an expert on a region of vital interest to Christians. He is the author of Holy War for the Promised Land and Israel in Crisis: What Lies Ahead?

As a Jerusalem-based broadcast journalist for CBS and other networks for many years, David Dolan has covered many important events in the Middle East. He is recognized as an expert on a region of vital interest to Christians. He is the author of Holy War for the Promised Land and Israel in Crisis: What Lies Ahead?

The apocalyptic novel was originally published in 1995. In this edition, I have updated the original version to reflect international and Mideast developments since then. On top of that, some original material that was edited out of the first version to keep the manuscript a certain length has been incorporated into this edition.

Although The End of Days is “just a novel,” many readers have told me that it is the most realistic end-time scenario that they have ever read. Possibly that is partly due to my intimate knowledge of Israel-having lived in the land that the prophets foretold would be at the center of the worldwide drama set to unfold in the biblical “end of days” since 1980. On top of that, I introduce what I believe is some largely overlooked biblical evidence for the identity of one of the “Two Witnesses” who were foretold to appear in the last days in Jerusalem. At the very least, this has added to the uniqueness of this work. The overall scenario that I unfold is based entirely on biblical scriptures, with many of them noted so that the reader may go to the source if so desired for further study.

I trust you will enjoy, and be blessed, by this novel. If anything, events here in Israel and around the world in recent years demand that we be as well informed as possible concerning what the Bible has to say about the end of this age. All signs are indicating that the prophesied events are about to unfold. So buckle up and enjoy the read!

By M. D Roberts Based on the writer’s own personal interpretation of Biblical prophecy, the reader is presented with an extremely plausible, albeit fictional story, surrounding future events which is extremely thought provoking when one considers the present circumstances relating to the many issues and subjects addressed. Although not a great fan of fiction I was pleasantly surprised as to how this book held my attention throughout. The characters were extremely believable and the manner in which future events were described will captivate many readers who are familiar with the present situation in the Middle East. The book pulls no punches in bringing the immediacy and relevance of Biblical prophecy to the reader’s attention. My interest in buying this particular book primarily arose from having listened to the writer speak and also having read a number of his other FACTUAL studies in relation to Israel, Islam, the Palestinian-Israeli conflict and the Biblical message relating to the regions history & the relevance of these issues in relation to Biblical prophecy. I have found the source to be very knowledgeable in these subjects and someone who can relate to the matter first hand, living in Jerusalem itself, and with much first-hand experience of the conflict. The “End Of Days” begins with another Middle Eastern war, yet on this occasion with weapons of mass destruction being used between Syria and Israel. The book then charts the rise of the “Antichrist” and other issues which will be familiar to students of Biblical prophecy. These include the signing of a false “peace” agreement in the Middle East, the rebuilding of the Jewish Temple on Jerusalem’s Temple Mount and the “Mark of the Beast”. The gathering of the nations against Jerusalem/Israel, an invasion of Israel by a confederation of nations plus the persecution of the Jews & Christians are also covered together with a number of other conflicts including the battle of Armageddon. These events are described in detail and culminate with the return of Jesus Christ. (Due to differing interpretations amongst some scholars in relation to the timing of the “Rapture” of the Church, this issue has not been included.) Although some readers might disagree with some of the interpretations of Scripture presented through the storyline, this should not detract from the gripping manner in which the story unfolds. This is an extremely well written and enjoyable book which will especially attract readers with an interest in the Middle East conflict and also fans of both fiction and non-fiction alike. Those readers who have studied Bible prophecy/eschatology issues to any degree will find themselves presented with an extremely realistic end-time scenario which illustrates how present International events could play themselves out. For those who may be interested in the factual studies of the source, might I respectfully recommend two of his other books source entitled “Israel In Crisis; What Lies Ahead ?” and “Holy War For The Promised Land; Israel At The Crossroads”. Thank you.

Current Events In fiction story By Heidi Lovett I read End Of Days last year and I have been recommending it to everyone I know ever since. I thought the book was well thought out and very scripturally based. I really appreciated the journalistic style of the novel. I came away from the book thinking, “The end of days really could end this way…” Now, in light of current events, I need to reread the book. It is as if he wrote a news story before it happened. I would highly recommend the book to anyone who wants a realistic portrayal of how the Prophesies concerning the last days may be fulfilled. 6 of 6 people found the following review helpful. The best end time prophecy book I’ve ever read.

By Brian McClimans (brian@mcclimans.com) David Dolan does an excellent job with this book. He gives a very good picture of just how things may end up in the end. Using Scripture, Dolan details how I feel things are going to end. If you’re looking for a good book to read on the end times, pick up this superior piece of literature.