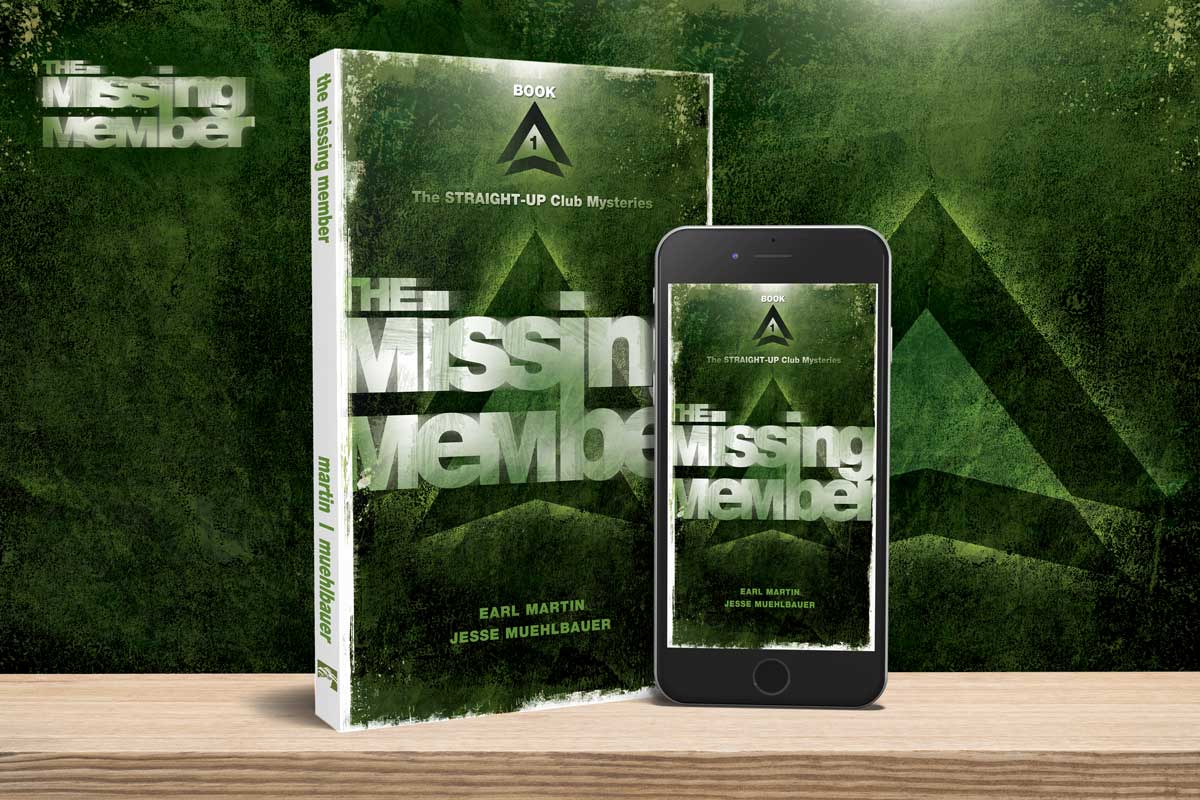 A page-turning suspense novel that combines adventure and faith-building examples for all ages!

When an elite group of young people are asked to investigate the kidnapping of a teenager, the case appears cut and dried. But as the Straight-Up Club delves deeper into the mystery, their suspicions lead them to search beyond face value. Trying to piece together a connection with several clues overlooked by the authorities, the club uncovers far more than they ever anticipated,

The Missing Member
By Earl Martin

When an elite group of young people are asked to investigate the kidnapping of a teenager, the case appears cut and dried. But as the Straight-Up Club delves deeper into the mystery, their suspicions lead them to search beyond face value. Trying to piece together a connection with several clues overlooked by the authorities, the club uncovers far more than they ever anticipated in this page turning suspense novel that combines thrilling adventure and faith-building examples for all ages!

Excerpt from the book

THE MOON’S metallic glow was suddenly interrupted, as a beam of light streaked across the sky. Momentarily, all attention was diverted from the beauty of nighttime. Alarms began to sound. Footsteps echoed off of the pavement that surrounded the prison facility. Searchlights arced back and forth.

Armed guards with trained attack dogs paced the compound ferociously. The entire prison was put under lockdown as supervisors, security personnel and other staff assessed the situation.

Meanwhile, one hundred yards away, Vincent “Jack” Milton was trying to catch his breath. As soon as he had worked his way through the barbed-wire fencing that surrounded the prison complex, he started for the woods at breakneck speed. But his quick burst of energy subsided almost as soon as it had begun. Beads of sweat formed on his brow as he peered through some foliage. Several guards were already heading in his general direction. If escape was going to be possible, he had to keep moving. The plan was easier said than done however, especially since Jack Milton was already exhausted. Doing his best to control his raspy panting, Jack suddenly ducked down as one of the blinding searchlights lit up the trees and shrubs around him. Waiting for the beam of light to pass over his area, he slowly turned and headed deeper into the wooded darkness. Jack Milton could hear the blaring sirens, the dogs and many armed security officers not too far behind him. A renewed sense of determination pulsed through his body. He ran, and would keep on running until he got what he was after…Revenge.

Earl Martin is the creator and consultant of the Straight-Up Club Mysteries series. He has served as a youth pastor, evangelist, senior pastor, and in many other ministry related areas. Earl lives in West Bend, WI with his wife, Amy and their two daughters, Anna and Katie.

More about the author and book

Earl N. Martin is the founder and executive director of Mystery Ministries, Eph. 6:19. He was saved as a child, grew up going to Christian school and graduated from Maranatha Baptist Bible College in 1988. He married his best friend from college, Amy Romkee, in 1986. Upon graduation, he and Amy served for two and one-half years in a local church north of Detroit, Michigan working with the youth and music program. They surrendered to full-time youth evangelism and traveled the U.S. for four years. They followed this ministry by serving in Franklin, TN at Spring Meadow Baptist Church with the youth and music for four years while still traveling part time. Earl believed the Lord was leading him to plant the Still Waters Baptist Church in West Nashville. After two years of much labor Still Waters merged with another local church south of Nashville, where Earl and Amy served from 2001-04 in areas such as Adult Sunday school teachers as well as the music and children’s ministry. In October of 2004, the Martins moved to Hoopeston, IL where Earl was called to the Youth Pastor position at First Baptist Church. He served with Pastor Steve Nelson until he retired, then stayed on at the church for another year as the church searched for their next senior pastor. In June of 2008, they moved to the Milwaukee, WI area where Earl worked for six months at VCY America, a conservative Christian radio, and television network. The Martins did not look settle on a house until they found a church. That church ended up being the First Baptist Church of West Bend, WI. www.firstbaptistwb.org. In January 2009, The church extended a call to Earl to serve as an assistant pastor overseeing family ministries.

Hi! Just read your Straight up Mystery book, prereading it for our church library, and found it excellent! Thanks for putting it out and I can’t wait for more in the series. The kids in my church will love it! Being a homeschool mom, I’ve emphasized writing a lot because of the impact books and writing can have on our culture. So thanks again for making a good, clean book, that I can freely put in our library! –Whitney

It was incredible! You are an excellent writer. Any unsaved child would have a clear understanding of the Gospel. It’s theologically sound. –Mrs. Krahn

It was one of the best Christian books I have read. I would definitely read the whole series. –Seth

I’ve read book one of the Straight Up Club mysteries. Next, to the book series of Left Behind and Maximum Ride, it’s one of the best books I’ve ever read. I’d give it a ten because to me it was heart warming and had a lot of detail to make you feel like you’re part of the book. That’s why I liked this book so much.

As a teenage boy, Joey is found out to be kidnapped. The Straight Up Club comes to the rescue. The Straight Up Club is a band of church kids led by the evangelist Earl Martin, a volunteer at their church. The members are: Marshall, Faith, Nells ( a boy), Faith’s little sister Gracie (she isn’t a full member), and the new girl, Parker (as you can obviously see, Earl Martin is one of the authors of this series- it is VERY hard to get that to happen, but it did). The kids are told to help by going into Joey’s bedroom and finding out who kidnapped him. So far, still no luck. After 24 hours of searching, someone calls Marshal saying that they’ve found him. They spy the kid in a warehouse. But little do they know that they’d be trapped running through a load of corridors. They are running from guard dogs… rottweilers to explain better. Marshall has to put his faith all to God in 1 second just to take this last left turn… he turns… a dead end.

After this, I can’t tell you the rest but that the boy is NOT Joey. Did they survive or not? All I have to say is that you NEED to read this book to find out.