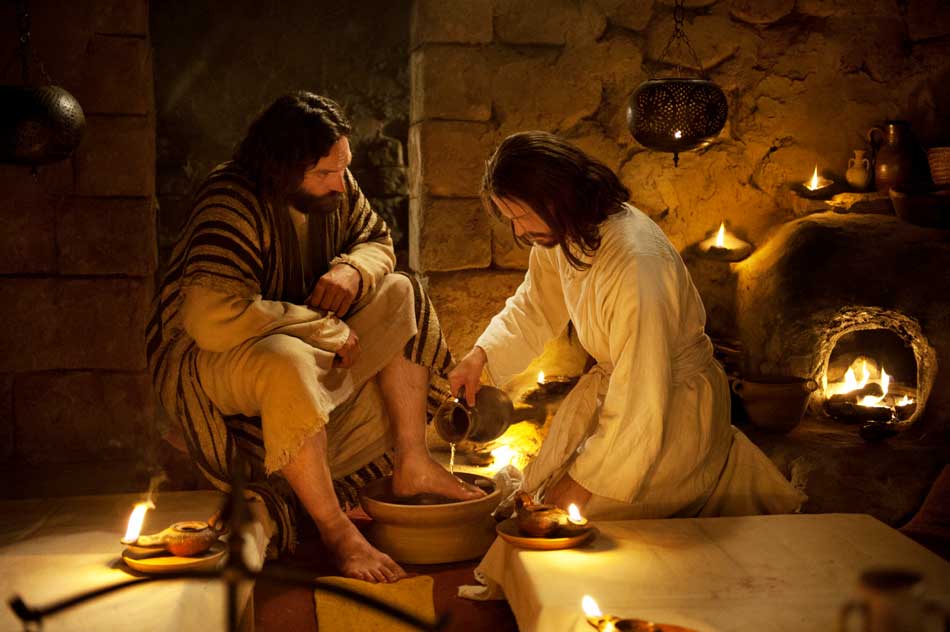 Thursday was a Day to Prepare for the Cross

On the first day of the Festival of Bread without Yeast, when the Passover lamb was annually sacrificed, My disciples asked Me, “Where do you want us to prepare a place where You may eat the Passover?” Then I sent out two of My disciples telling them, “Go into the city where you’ll see a man carrying a water pitcher; follow him. And wherever he enters, say to the owner, ‘The Teacher asks, “Do you have a guest room where I can eat the Passover with My disciples?’ He will show you a large upper room—prepare that room for us.” My disciples went to the city, and found the man as I had told them, and they prepared for the Passover.

As evening came, I arrived with the twelve. As we were reclining and eating, I said, “I know that one of you who is eating with Me shall betray Me.” They were all disturbed and said, one after another, “Is it I?” I answered, “One of the twelve, who will dip with Me. The Son of Man is going the way of death that has been written about Him, but how terrible it will be for that man who betrays the Son of Man. It is better for that man if he were never born.”

Institution of the Lord’s Table

At the meal I took bread, blessed and broke it, then gave to them saying, “Take! Eat! This is My body.” Also I gave thanks for the cup and I gave to them and they all drank. I said, “This is My blood of the new covenant, which is shed for many. I say to you, I will no more drink of the vine until that day when I will drink it new in the kingdom of God.”

My Prayer in Gethsemane

We sang a hymn, and went to the Mount of Olives. I said to them, “This night all will be offended because of Me, for it is written, ‘Strike the shepherd and the sheep will flee.’ But after my resurrection I will go before you into Galilee.”

Peter said to Me, “If all leave You, I will never do it.”

I told him, “I tell you, during this night before the rooster crows, you will disown Me three times.”

But Peter insisted, “Even if I must die with You, I shall never disown You.” They all said the same thing.

We came to a place called Gethsemane, and I told My disciples, “Sit here while I go pray.” I took Peter, James and John with Me. As I began to feel deeply distressed, I said to them, “My soul is deeply grieved; stay here.” I went a little farther and fell on the ground and prayed. “If it is possible, let this hour pass from Me. Abba, Father, all things are possible with You, let this cup pass from Me! But not My will; but Your will be done.” I came and found the disciples asleep and said, “Simon, are you sleeping? Could you not watch with Me for one hour?”

“Watch and pray so you will not be tempted. The spirit is willing, but the flesh is weak.” I left again to pray, saying the same words. I then returned to find the disciples asleep once more. And they did not know how to explain their disobedience. I then came a third time and said, “Sleep and rest; the hour has come. The Son of Man is betrayed into the hands of sinners. Rise, let us go! Look, My betrayer is here.”

You cannot begin to understand the dread of My prayer as I faced the cross and the task of becoming sin for humankind. As God, I had never faced this moral dilemma before, so I cried, “Abba, Father . . . . Take this cup away from Me.” Ultimately I faced the inevitable because of My love for you. Now you can pray, as I did, “Nevertheless, not what I will, but what You will.” Come to Me when you are absolutely scared. I will Help you! Protect you! Save you!

I am Betrayed, Arrested, and Forsaken

While I was yet talking, Judas, one of the twelve, came and brought a crowd with swords and clubs commissioned by the chief priests, scribes, and elders. The betrayer had given them a sign: “The one I shall kiss is the one. Arrest Him and take Him away.” As soon as Judas came, he stepped up to Me and said, “Rabbi!” and kissed Me. Then they grabbed Me and bound Me. One of My disciples standing close by drew his sword and cut off the high priest’s servant’s ear. And I said to them, “Have you come out against a violent man with swords and clubs to arrest Me? I was with you daily in the temple teaching. Why did you not seize Me then? But the Scripture must be fulfilled.” And the disciples left Me and ran away. But a certain youth followed Me, wearing a linen cloth around his body, and when the soldiers grabbed him, he dropped the linen cloth and ran from them. 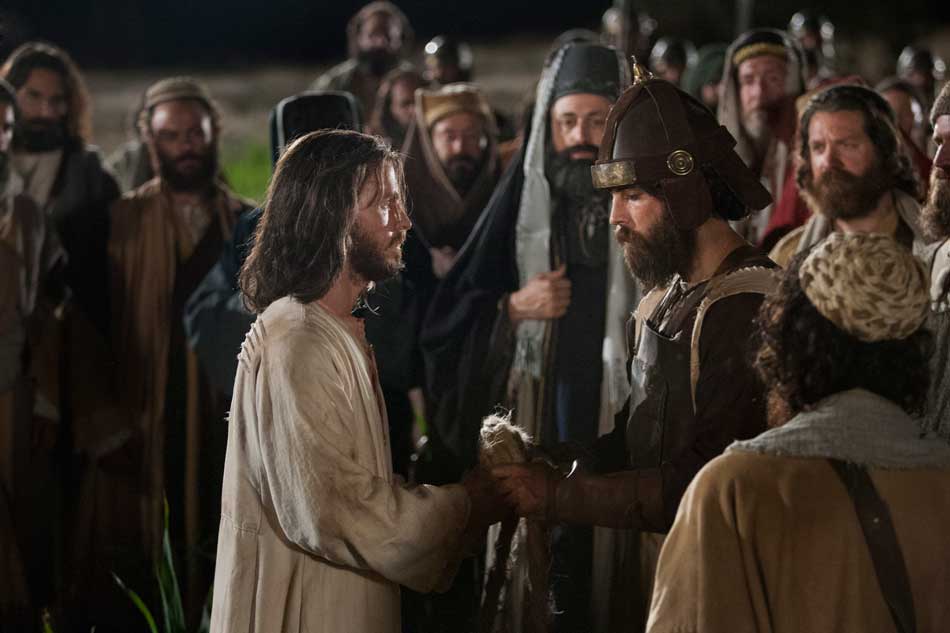 They brought Me before the council of the high priest, chief priests, elders, and scribes. Peter followed from a distance until he was inside the high priest’s courtyard. There he sat down with the servants to warm himself by a fire. The chief priests and Sanhedrin were looking for a reason to execute Me, but couldn’t find one; for while many bore false witness against Me, their testimony was not consistent. Some testified falsely, “We heard Him say, ‘I will tear down this temple and in three days will build it up.’” But their words did not agree. Then the high priest stood to ask, “Jesus, why are You not answering these accusations?” I kept quiet and never answered. Again the high priest questioned Me; “Are You the Christ, the Son of the Blessed?”

I said, “I AM. And you shall see Me, the Son of Man seated at the right hand of the Most High, coming on the clouds of heaven.”

Then the high priest tore his robes and yelled, “Why do we need any more witnesses? You heard Him blaspheme; what do you think now?”

All said that I deserved to die. Then some spat on Me. They blindfolded Me and slapped Me saying, “Prophesy, who hit You!” Even the servants who led Me out slapped Me.

As Peter was in the courtyard below, one of the high priest’s maids saw him warming himself, and said, “You were with Jesus, the Nazarene!”

But he denied it saying, “I don’t know what you’re talking about.” He went out the gate and a rooster crowed.

Then the maid who saw him began saying again to the men standing there, “This man is one of them!”

But Peter again denied it. Later the group said to Peter, “You are surely one of them; you’re a Galilean!”

But Peter started to curse and swear, saying, “I tell you I don’t know the man!”

Immediately the rooster crowed for the second time. Peter remembered My words, “Before the rooster crows twice, you will deny Me three times.” Then Peter broke down and wept.

My Triumphal Entry Into Jerusalem

My Triumphal Entry Into Jerusalem was on Sunday. The next day—Sunday—news that I was coming to Jerusalem swept through the…

I want you to live with Me in Heaven forever.

I came to save the world I created.

My message was simple, yet profound. When I saw the multitudes following Me, I went to the top of a…

My message to you is simple…believe that I can do what I said I could do!

I Came so that you might have Life and have it more abundantly. I am the true saving Light who…

Tuesday was a day of controversy.

Tuesday was a day of controversy. The Withered Fig Tree Early next morning I returned to the city, and was…